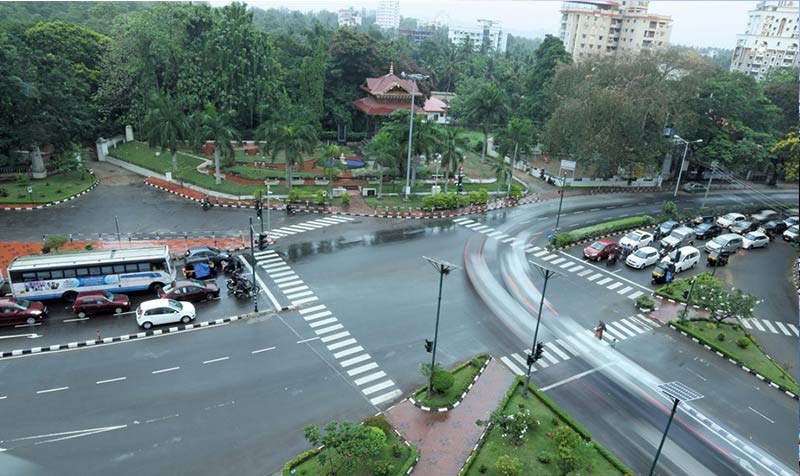 The capital city of Thiruvananthapuram functions as the administrative headquarters of the State. All major department headquarters are situated within the district. Formed on 1st July, 1949, it is a Revenue Division, and spreads over 2192 sq.kms with a shoreline of 73.6 km. The district has six taluks as of 2018 viz. Thiruvananthapuram, Chirayinkeezhu, Nedumangad, Neyyattinkara, Varkala and Kattakada. There are 78 LSGI in the district, with 1 Municipal Corporation, 4 Municipalities and 73 Grama Panchayats. There are 14 Assembly Constituencies and 2 Parliamentary Constituencies.

The district is well connected regionally and nationally, through intricate network of roads and rail. National Highway 66 (formerly NH47) stretches from Kaliyikkavila to Navaikulam. The State Highways 1, 2, 3, 45, 46, 47 and 64 offers regional connectivity. Thiruvananthapuram is connected to the rest of the country by broad gauge railway line. Domestic and international airlines operate from Trivandrum International Airport.

It is bounded on the east and northeast by the mountain ranges of the Western Ghats, the Ghats maintaining an average elevation of 814 meters rising to peaks of 1219 to 1869 meters above sea level. The Agastyakoodam and Mukkunnimala are the two significant peaks within the district. The three major rivers in the district are the Neyyar (56 km), the Karamana (67 km) and the Vamanapuram River. The major lakes are Veli, Kadinamkulam, Anchuthengu (Anjengo), Kappil, Akathumuri and the Edava-Nadayara lakes. Besides these, there is a fresh water lake at Vellayani in Thiruvananthapuram taluk.