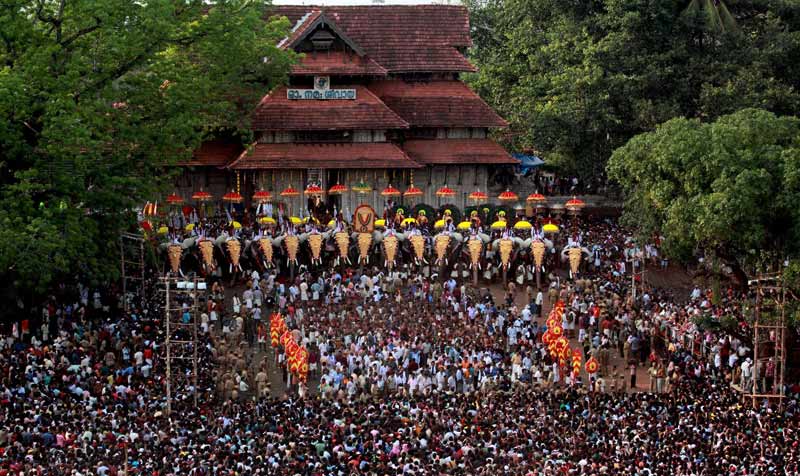 Thrissur is known as the ‘cultural capital of Kerala’ and the land of ‘Poorams’. District was formed on July 1, 1949, with the headquarters at Thrissur City. District is located at the central part of the state. The land profile of the District slopes down from the Western Ghats in the east to the Arabian Sea to the west forming three distinct natural divisions-the Highlands, the Midlands, the Coastal belt. The district is divided in to two Revenue divisions spanning an area of about 3027 km2. District is divided into seven Taluks namely Talappilly, Chavakkad, Thrissur, Kodungallur, Chalakkudy, Mukundapuram and Kunnamkulam. It has 94 Local Self Governments (LSGs) comprising of one Municipal Corporation, seven Municipalities and 86 Panchayats. There are 16 block Panchayats and 255revenue villages in the district.