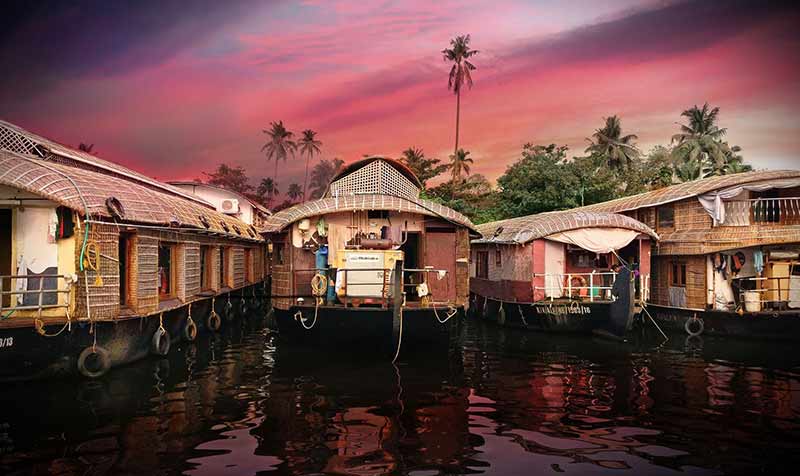 Carved out of the erstwhile Kottayam and Kollam districts, Alappuzha district was formed on the 17th of August, 1957. This is the smallest district in the state with an area of 1,414 sq.km. The district is situated between North latitudes of 9028’ and 9033’ & East longitudes of 76019’ and 76024’. It is bounded by Ernakulam district on the north, Kottayam and Pathanamthitta on the east, Kollam in the south and Lakshadweep Sea on the west. Alappuzha is divided into 2 Revenue Divisions viz. Alappuzha and Chengannur. There are 12 Development Blocks and 89 revenue villages in the district. The district has 78 Local Self Government Institutions comprising 6 Municipalities and 72 Grama Panchayaths.

Alappuzha, the so called “Venice of the East” was the largest seaport town of the erstwhile Travancore State. The name Alappuzha was derived by the geographical position and physical features of the place which means “the land between the sea and the network of rivers flowing into it”. Vembanad Lake separates Alappuzha from Ernakulam in the north & Kottayam district in the east respectively. The Alappuzha town has earned its name as a traditional trading centre of Kerala. Agriculture and Coir industry are the prime and traditional source of livelihood.