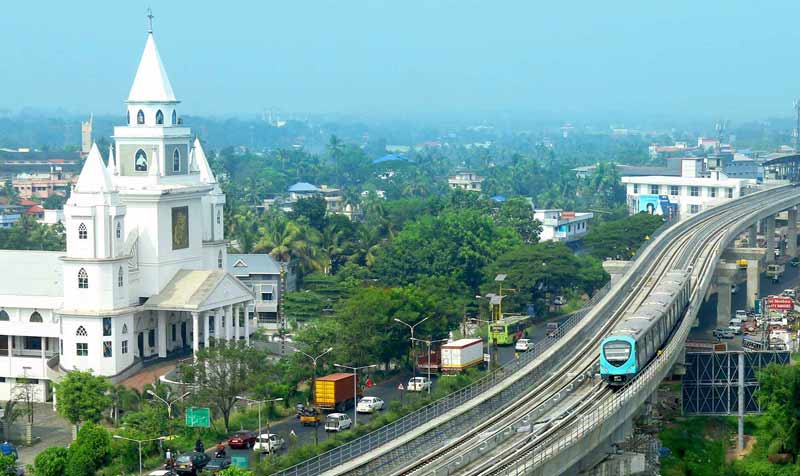 Ernakulam District came into existence in 1958. Ernakulam bordering the district of Thrissur in the north, Idukki in the East, Alapuzha and Kottayam in the south, Lakshadweep Sea in the west is an amalgam of a hoary heritage and global growth of industry and commerce. The entire district which spreads over 3063sq.km comprising of seven Taluks viz. Alwaye, Paravur, Kanayannoor, Kunnathunau, Kochi, Kothamangalam and Muvattupuzha; and 14 blocks. The administrative division of the District includes one Corporation- Kochi, 13 Municipalities – North Paravur, Piravom, Muvattupuzha, Koothattukulam, Perumbavoor, Aluva, Angamaly, Thripunithura, Kalamassery, Kothamangalam, Eloor, Maradu and Thrikkakara; and 82 Panchayaths. It is the largest industrial district in Kerala.

The Hon’ble High Court of Kerala is situated here. With an inclusive culture, relatively high per capita income and an unstoppable interest of the people in updating themselves of the political, economic, social and cultural happenings in the national and international spheres, Ernakulam represents the high modern phase of the Kerala society. The District has witnessed an increased economic growth with improved investments in projects such as Vallarpadam International Container Terminal, the Cochin International Airport, Kochi Metro Rail and industrial parks like Smart City, Info Park etc.