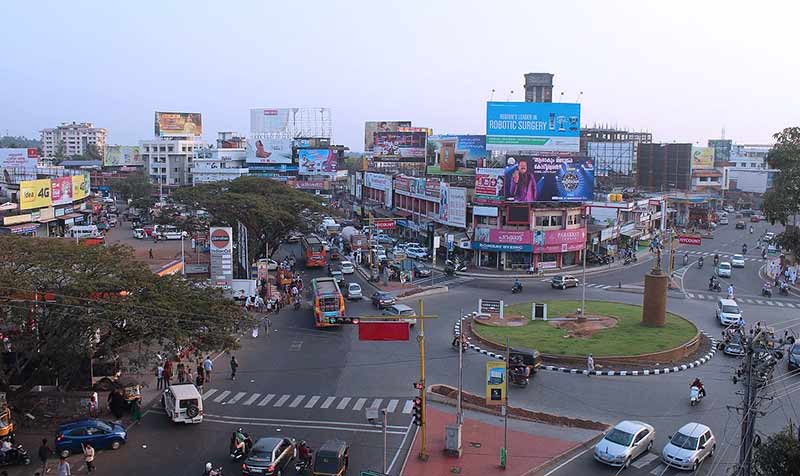 Kannur District came into existence as an administrative unit on January 1, 1957, when the erstwhile Malabar District and Kasaragod taluk of Madras state were reconstituted into three revenue districts, viz; Kannur, Kozhikode and Palakkad. Kannur District has 2 revenue divisions, Thalassery and Taliparamba with 132 revenue villages. It consists of 5 taluks viz. Kannur, Thalassery, Taliparamba, Iritty and Payyanur; and 11 Block Panchayats. The number of LSGIs in Kannur District is 81, with 71 Grama Panchayats, 9 municipal councils and 1 municipal Corporation (Kannur Corporation). Apart from these, the only cantonment in Kerala is located at Burnassery in Kannur District.

Kannur District is known as the land of looms and lores, because of the loom industries functioning in the district and festivals held in temples. India’s as well as Asia’s largest Naval Academy Ezhimala Naval Academy is in Kannur. Kannur District is endowed with 6 rivers, among them the longest is the Valapattanam River with a length of 113 km, originating from Brahmagiri Ghats. Some of the prominent tourist attractions in Kannur District are St. Angelo Fort, Thalassery Fort, Muzhappilangad Drive-in Beach, Payyambalam Beach, Dharmadam Island, Sri Rajarajeswara Temple and Paithalmala